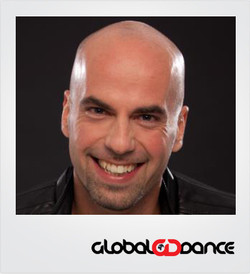 Born and raised near Cologne Ben Delay started DJ-ing and producing in the early 90´s – he´s the owner of one of the best selling independent disco/french-house labels of the last decade – Sugarland Records. With artists like Dave Armstrong, Patrick Alavi, Mike 303 (Superfunk), Adam Chinch, Male Funk, DJ 88 Keys & Ben Delay himself Sugarland Records marked a big print on the housescene in the last years.

His single “Inner circle” on one of his labels Techtone topped nearly every possible download-chart worldwide like No.1 @ DJdownload.com, No.1 @ Mixmag.net, No.1 @web-records.com, No.1 @DJtunes, No.14 @xpressbeats.com & No.18 @ Beatport´s electro charts and got licensed all over the world.

2010 was definitely be one of his busiest years ever that´s for sure because he teamed up with his old friend Till West and they already did lots of remixes and are working on their next singles.

But he´s not only a producer – he´s also working as DJ for more than 15 years by now. He was resident at the legendary club “Tiefenrausch” in Cologne until its closing in 2004 – since then Ben Delay played international gigs in France, Poland, Russia, Austria etc. and on events like Loveparade, Snowzone, West Clubculture, Axe Offshore Rendezvous, Pernod Frenchclub. No matter where he plays you can be sure he gets the crowd moving.