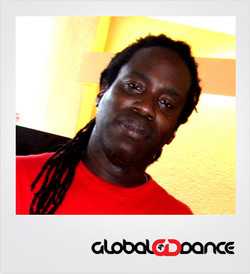 Bert Bevans is considered by his peers in the music industry to be one of the forefathers of dance music. He has continued to play an integral role in the development of dance music in New York and Europe since emerging on the club scene during the 70s along with Francois K and Raul Rodriquez

A former aviation student, Bert started DJing in the early 70’s at the traditional house or block parties in Hollis, Queens – Home of Russell Simmons, Davey Dmx, LL Cool J, Run DMC and a host of countless others. His Club DJing started in ’75, guesting at such clubs as Pep Maguire¹s, Le Mouche, Sesame St, Infinity, Leviticus, and various others.

This legendary DJ began his career as a lighting technician and occasionally DJ at New York, New York at the time New Yorks most fabulous club. His big break came, when he was hired to play private parties at Studio 54, New York Citys illustrious nightclub, and playground for the rich and famous.

Francois K did him another solid favor. He got him a job working at Prelude Records working for Starr Arning as Asst. Promotion Manager. From the late 70’s, early to the 80’s Prelude was NY’s Premier dance label with Francois K doing all of Prelude’s mixes. The NY disco scene was in full swing, Howard Stein opened Xenon’s, the Mudd club was hot and the Playboy Club was still kickin’. He got jobs playing at New Yorks various clubs including residencies at Playboy Club, Pippins, Xenons, Bonds, Mudd Club, and Infinity.

With all this happening the wonderful Reade St was soon to become the legendary Paradise Garage. Bert was by now playing a fabulous variety of private parties for the likes of Mick Jagger, Sylvester Stallone, Diana Ross, Halston, Grace Jones, Marvin Gaye, and Steve Wonder. When Steve and Ian decided to open a new club, he had a chance to go to the US Virgin Islands to open a Studio 54 along with Richie Kazor {54s legendary DJ}

Life was perfect, sailing 4 days per week and playing the weekend in St. Thomas. Coming back to NY after a break, he decided to take up an offer from Steven Hatter owner of the Embassy to come to London. Establishing a residency at both the Embassy and the fabulous new Xenons!!!

Having met the Thompson Twins in NY, he meet them again with producer Alex Sadkin recording their We are Detective’s LP. He was asked to remix the 12-inch Lies. With that becoming a Top 10 hit in England and US. After that came a variety of remixes for the Style Council, Level 42, Paul McCartney, Duane Eddy, Chic, Depeche Mode, Terumasa Hino, Big Audio Dynamite, Red Hot Chilli Peppers, Luther Vandross, Omar, and a host of others. When Rusty Egan and Steve Strange opened Camden Palace, he got a job DJing along with Colin Favour and Evil Eddie Richard’s.

Moving between NY, London, and Brussels, he alternated between DJing and Remixing. 1991 was both a Happy and Sad year for Bert because his twin brother Robert passed-on in July, and he met his old friend Justin Berkmann who was building a new “Paradise Garage sound system” in a new club in London, which was to open up in September… The club was no other than the Ministry of Sound

The sound system of the Ministry of Sound in London was designed and installed by Kenny Powers and Austen Derek through Dakota inc. using various Richard Long designed speakers….

He said “I’m trying to bring Paradise Garage to London, but nobody really knows what it is, unless they been”. Bert had stopped DJing to concentrate on remixing so he said he would do lights, (as most NY DJs had done), for a while to get his club ear’s back but he wanted to play music again. Bert had opened and played on a variety of Richard Long Sound Systems around the world so Justin allowed him to use his expertise and he had a wonderful time being the first resident at Ministry of Sound.

Initially things were very good but jealousies do take over and after a variety of problems Bert parted company from the Ministry. Bert has gained international recognition as one of the worlds finest radio DJs. Hes had radio and TVs shows around the world. Bert is well respected by the music industry for the contributions he has made as a producer, remixer, and promoter.

Since then, this superlative DJ has been blessed with the good fortune to travel across the globe spinning records in nightclubs in various countries including, Switzerland, Germany, Finland, Estonia, Latvia, Russia, Holland, Greece, Portugal, Spain, Italy, Belgium, Norway, Mexico, Malta, Turkey, Scotland, Cyprus, Canada, Austria, Zimbabwe, Singapore, Sweden, Ukraine, Lithuania, France, and of course England and along with a variety of like minded people we are again endeavoring to bring you another New Dance Order

Berts mixing prowess is legendary and his dedication to his craft has enabled him to transcend time and adapt to the constant transformations within the music industry. Bert Bevans spiritual interpretation of rhythm and his unceasing passion for Music is the driving force behind his longevity within the Music Industry.