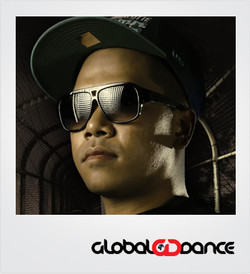 Since his discovery in Amsterdam international DJ and producer, Chuckie, is fast becoming a global phenomenon. He has played in almost every continent of the world, developed his own massively popular “Dirty Dutch” club concept and masterminded killer tracks such as, “Let The Bass Kick” and “Aftershock” which have gained him a huge world-wide following.
Chuckie was born in 1978 in Suriname (South America), where he developed a love for music at a very young age. When he decided to expand his horizons and move to The Netherlands his knowledge and passion for music grew. He started Djing at private parties for friends and before he knew it, he slowly began making his mark as a prominent hip-hop DJ that continued evolving into the eclectic house DJ we’ve all grown to love and appreciate.
Chuckie has laced audiences with his unique “dirty” house sound at various platforms and clubs around Europe, including major festivals as Mysteryland, Loveland, Dance Valley and his own pride and joy – “Dirty Dutch” (a concept that over the past four years has evolved from a solid urban event for six thousand people into a house music event for over thirty thousand).
Throughout Chuckie’s career he has garnered many accolades including winning two MOBO awards in 2004 and 2005 and recently receiving the coveted TMF “Best Dance DJ” award where he beat off competition from the likes of Dutch heavyweights Tiesto and Armin Van Buuren. At the end of Jan 2010 his remix skills garnered recognition, with the inaugural Data Awards in LA giving him the best remix prize for his remix of David Guetta’s “Sexy Bitch” a mix where he decided to add a guest rapper, none other than lil jon…
Chuckie had a colossal year in 2009, as not only did he find himself remixing the likes of David Guetta and Bob Sinclair but his track “Let The Bass kick” received heavy support from the likes of the Swedish House Mafia, Laidback Luke, Pete Tong and Sander Kleinenberg and became one of the biggest anthems of the summer, later entering the main UK singles chart at No.9 and capitulated him on to the world stage. Also that year, Chuckie took his “Dirty Dutch” event to the next level selling out the massive 30,000 capacity Amsterdam RAI stadium in record time.
2010 has been another monumental year, as the “Mix-King” has landed a multi album artist deal with Atlantic Records in America, has been working with megastars like Jermaine Dupri, P Diddy, Lil Jon, Estelle, Toni Braxton and Akon and has endured an incredibly hectic touring schedule including playing main stage sets at some of the worlds best festivals such as Electric Zoo, EDC and SmokeOut in America, Mysterylands and Extrema in Holland, Tomorrowlands in Belgium, Inox in France and the large-scale Sensation events where Chuckie is a resident. As if that’s not enough, Chuckie has brought his legendary “Dirty Dutch” event to carefully selected cities around the globe, featured in some of the most influential music publications including DJ Magazine, Mixmag and iDJ and appeared as the face of the long running international electronic music conference, Amsterdam Dance Event (ADE). 2010 also saw 20,000 people witness the very first Dirty Dutch summer party which featured surprise guests N*E*R*D - The future’s bright, the future’s Chuckie!