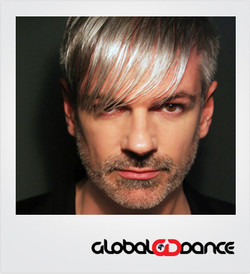 D. Ramirez has achieved five top 20 hits, played on every continent and single handedly coined THAT electrohouse sound.
He was awarded Best Remix and Best Producer in DJ Magazine’s 2007 awards and 2006 saw him knighted as a Player Of The Year in iDJ. His remix of Bodyrox ‘Yeah Yeah’ scored him an Ivor Novello nomination while past exploits such as ‘Columbian Soul’, ‘Time Fades Away’, ‘Pleasure Me’ and ‘La Discotek’ have all achieved coveted Coolcuts and Buzz chart hotspots, championed by some of the biggest DJs in the game.
Deans even performed on Top Of Pops. 2008 saw his critically acclaimed Azuli Headliners album released, followed by 3 singles for the more underground house connoisseur.

Over the last few months Dean has been collaborating with Underworld, Matt Tolfrey, Mark Knight & Robert Owens creating several singles due for release this Summer, he's currently remixing Skunk Anansies'Twisted' and he's also revisited his Essential Tune of the Month, Max Linens 'Soulshaker' which is already being heralded as one of the most exciting tunes to hit Ibiza this summer.
The future excitingly looms with 5 new singles, summer festival appearances, a month long tour in the USA, re-locating to LA for the summer and working with some of the dance industries most exciting luminaries.