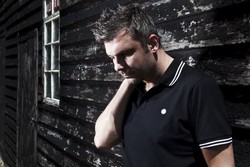 Darren Emerson is one of the most influential figures in dance music, an accolade that after a career spanning more than 18 years and counting…

Whilst growing up on a diet of hip-hop, break-dancing and later acid house, Darren bought his first set of decks at 14 and began Djing in clubs at the tender age of 16. Inspired by DJs such as Jazzy M, Darren would travel two hours on a train from his hometown in Essex to visit record stores across London for the latest vinyl. His first gig was at a club called Outers in Southend, playing early Chicago and Balearic house. He then progressed onto the Milk Bar and Limelight, djing alongside Johnny Walker and soon gaining recognition by being named as DJ of the month in both the Face and I-D magazine – soon the bookings came flooding in…

Darren chose to ditch his job as an established city trader and take on dance music full time. Recently turned 18, a friend introduced him to Rick Smith and Karl Hyde. Smith and Hyde had been in a band together for several years and needed a new injection from a DJ/Producer – in the form of Darren - and the rest is, well… Underworld.

Signed to Junior Boys Own - whom Darren was already producing for, the band released three albums: ‘Dubnobasswithmyheadman’, ‘Second Toughest in the Infant’ and ‘Beaucoup Fish’ - and have since sold over a million albums world-wide. Their hits include ‘Cowgirl’, ‘Rez’, ‘Dark and Long’ and of course, ‘Born Slippy’ – all classics. As well as their chart success, Underworld were renowned for their stunning and unpredictable live shows.

2000 saw Darren depart from the band and go at it solo. Although Underworld had been his passion for 10 years, it was time to branch out; expand his DJíng and work with producers he was meeting on his travels across the world.

The first collaboration saw Darren and DJ cohort Sasha produce the Ibiza classic - ‘Scorchio’ – a perfect accompaniment for Space on Sundays. Re-establishing himself as a tech-house heavyweight, two Global Underground compilations soon followed; ‘Uruguay’ and ‘Singapore’ and the hugely successful Underwater Episodes 1 & 2. All proving that Darren was back to doing what he does best; showcasing a party-wise selection of deep, chunky house and funky techno cuts to perfection. Darren has also, since his first remix for Gat Décor’s ‘Passion’ on Effective Records in 1992 (Darren’s first label), remixed tracks for Fat Boy Slim, The Prodigy, Puff Daddy, Hatiras’ ‘Spaced Invader’ (Defected) Meeker and Gus Gus.

Darren started Underwater Records in 1994 - initially to release records for his friends, the label, since its inception has seen releases from Steve Mac, Mutiny, Meeker, Gus Gus, Pnau, Paul Jackson, Sharam Jey and Tim Deluxe – whose ‘Sirens/ We All Love Sax’ and ‘It Just Won’t Do’ managed to put Underwater firmly in place on the independent label spectrum. In 2003 Underwater was voted ‘label of the year’ by DJ Magazine and went from strength to strength releasing albums and singles from its ever growing and increasingly varied roster of artists. Darren continued his hugely successful Underwater residency at London’s The End, until the club sadly closed its doors early 2009. The residency began in February 2001 and has since seen the likes of Fatboy Slim, Josh Wink, Carl Craig, Tim Deluxe, D. Ramirez and Yousef alongside up and coming talent like Serge Santiago and Deepgroove.


Having spent most of 2007 touring the globe as one of the world's most in demand DJ's, Darren has recently returned to the studio which is very exciting news indeed. In 2008 Darren released tasty new techno club track ‘Crash Jack’ which received support from heavyweight DJ’s such as James Zabiela and John Digweed.

In February 2009, Darren will be releasing his eagerly anticipated 3rd Global Underground mix CD ‘Bogota’ whilst continuing his unrelenting schedule of Djing around the globe - at some point he sleeps.