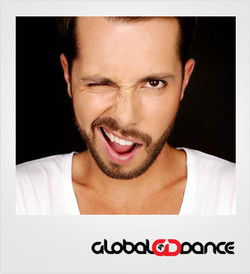 His sound? One of a kind. His success? International. His mission? Working the international club scene as a DJ. His name? David Puentez!

Cologne resident David Puentez has fomented himself a distinctive sound since first starting out as a DJ in 2003 and now finds himself as one of the most in demand DJs and producers out there. Don’t take our word for it though; instead consider the big hitting international DJs who openly support him, gone as far as giving him the title of “the most talented upcoming DJ in the world”.

A decade on from his debut, David regularly lights up clubs like LURE in Los Angeles, Asphalt Club in Berlin, Bed Supperclub in Bangkok, the MAD Club in Beirut and Clubs across north and south America. It’s his unique house invention and great melody based production which earns him this name, with tracks like Melodrama becoming a massive #1 hit on Sirius BPM for 15 weeks, achieving over 1,700 spins and others like Things We Do 4 Love, Envy, Larun, Aerius and Hysteria all becoming equally big club hits with that magical David Puentez touch.

His super successful edit of Asaf Avidan’s major hit “One Day” went global and made it into nearly every DJ record bag over the globe and received much love on global dance blogs. Tiesto played it for months in his sets as well as on his radio show and NERVO had it as mash up of the month exclusive. All this has helped take the name David Puentez fully global and cement him as a recognized star talent throughout the whole DJ world. Moreover, it has helped move his career to the next level, with records on influential labels like Armada, Cr2, Hed Kandi, Kontor, Ministry of Sound, Onelove, Sony, Sneakerz MUZIK, Spinnin Records, Universal, WePLAY all in the bag.

Collaborations with guys like Marco V., DBN, Azzido da Bass and some more top-secret names are yet to come in 2013. Until then, David is ready to continue to rock the charts and top DJ playlists. As a DJ he is so in demand from Los Angeles to Singapore that he is booked up for 8 months in advance. Loved by clubbers all over the world and hyped by influential EDM bloggers from all points on the planet, David is no stranger to selling out huge shows across the States. It confirms that he is one of the most talented DJs and producers coming from Germany in recent years.