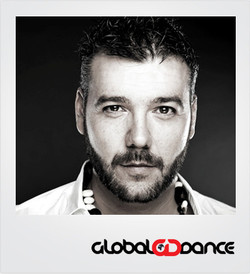 Ivan Pica has shown his talent around the world and acting for the best clubs and trademarks (Space of Sound, Ministry of Sound, Cafe Olé, Pacha ...), accompanied by the deejays more representative of the current electronic scene (Tiësto, David Guetta, Carl Cox, Fedde Legrand, Funkerman, Erick Morillo, John Acquaviva ...), has also shared the main stage with international artist like Kanye West or Sugababes.

Internationally, Ivan Pica, is considered one of the most influential music producers in the market. He has worked for labels such as Spinnin, Starlight, Urbana and Pornostar, among others, and remixed artists as Joe T Vanelli, Amo and Navas, Greg Cerrone, Dj Chus, Peter Gelderblom, Rene Amesz, Wally Lopez, Roger Sanchez, and many more.

He was the first Spanish producer to reach the TOP 1 of House genre in the website Beatport.com (world leader in electronic music sales) with his track "Freak", winner of year 2011 with the Deejaymag to national production with most downloads in this website, and the Dj Oner for Best Tech-House Production.