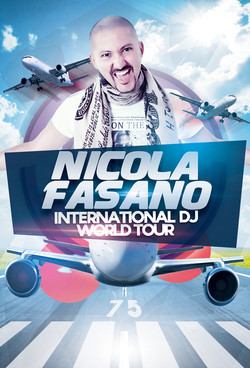 The great success achieved with "75 BRAZIL STREET" (Nicola is also co-author of the
song), which PITBULL sampled for "I KNOW U WANT ME (Calle Ocho)", his biggest hit so
far, definitely established his sound worldwide.

A big number of GOLD, PLATINUM and DIAMOND AWARDS collected so far through his
short but srunning career.

Following the two collaborations with Pitbull (I KNOW U WANT ME & OYE BABY included
in Pitbull’s album “Planet Pit – Deluxe Edition, he did several productions with overseas
SUPERSTARS like CHRIS WILLIS, KAT DELUNA (who was number 1 on the Billboard
HOT100 just some months ago), ULTRA NATE', just to name a few.