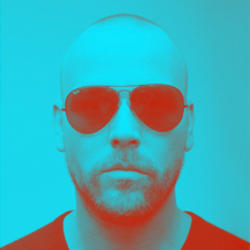 Superstar Dutch DJ and producer Sander Kleinenberg has built his international reputation on an ability to create different atmospheres, for myriad crowds, at venues all over the world. No wonder then that the legendary Ibiza nightclub Pacha - a destination for travelers from points all over the globe - should tap Sander as the new resident for their long-running Friday night party, Pure Pacha Ibiza.

"Pacha is a club with such a legacy, and historically, Friday is their busiest evening," observes Kleinenberg. "It's a great showroom to be DJing in, a place where people come to celebrate. I'm very honored to be representing."

Although far from Sander's first visit to Pacha Ibiza - he has played there repeatedly over the last few years, including hosting his own Sunday night soiree, Everybody - but he made an especially big impression on patrons as a guest at Pure Pacha in 2007. Subsequently, when resident DJ Pete Tong announced his plans to move on after a five-year run, management immediately offered Kleinenberg the prestigious gig.

Sander first visited the celebrated Balearic Island over a decade ago, on a memorable summer holiday that included a Sunday morning set at Space. "I instantly fell in love with everything about Ibiza: The hedonism, the beautiful landscape, the fantastic Spanish kitchens," he recalls. "It is a combination of all the things I love in life. That island holds a very special place in my heart. It's a place where I can be myself, and see other people being themselves."

The season kicks off with an official opening party on Friday, May 30, and continues through September 26, with Sander behind the decks roughly every other week. What can revelers expect to find at Pure Pacha under his auspices? "The best word for what I've got my mind set on is fresh. In terms of visuals, we're looking at a lot of candy colors, really bright, even a little bit girly. Musically, I want it to be uplifting and summery."

Kleinenberg is not only an artist who declines to stick to a single, easily defined sound, he also utilizes more than one medium to create a night out. Long at the forefront of integrating video imagery and other visuals in his VDJ sets, Sander includes Pioneer among his sponsors for Pure Pacha Ibiza. The manufacturer will be outfitting the club with their SVM-1000 audio-visual mixer (which Kleinenberg helped develop) and plasma televisions, exclusively for his performances.

Integrating music and images single-handedly requires sharpened skills and on-the-fly invention. "Now, in the process of DJing, I am in control of another dimensions. The thought processes are not just about music; there is a visual element as well." Which allows his to shape his identity, and stimulate crowds, in a host of fresh ways. "This is a whole new way of looking at what you do creatively. In the end, that is very challenging. It makes you more versatile as well. I love keeping on my toes."

Sander will continue to show off his aesthetic flexibility at other residencies during the course of the year, too, including Ministry of Sound in London, and Avalon in Los Angeles. Each of these gigs affords him unique creative opportunities; the black box interior and pristine sound of Ministry elicits different impulses from him than the storied, historic Avalon. Which is how he likes it. "Residencies are like laboratories: You can go in and experiment. As you get to know the sound system and the clientele, and become comfortable, you have more faith in each potential change of direction."

Kleinenberg is also hitting the summer festival circuit, with sets scheduled at Creamfields, Global Gatherings in the UK, Kiev, and Poland, and a rare appearance at Glastonbury. "That is a super-exciting place to be doing what I do," he says of the latter. "Rest assured, I will be preparing something special for that Sunday. That is going to be one of the highlights of my year."

So his calendar is jam-packed. But for Sander, there is always still more to do. The head of his own Little Mountain label, and a producer of sublime original tracks that elude being easily date-stamped, Kleinenberg plans to tap into all the facets of his creativity for his next album, forthcoming at a date to be determined. "I am working on a definitive document," he hints. "I want to create a real landmark, both visually and musically, where I say, 'This has been my journey over the last twenty years... and this is where I am now.'